With the advent of 3D printing technology , many bizarre ideas can become reality. Therefore, creative artists from all over the world have started one discovery journey after another, bringing people a magical world with a wide open mind. .

Alex Crease claims to be an engineer, musician and adventurer. He says he â€œlikes to build things, but he also likes to take things apart and see how they work. Alex Crease manages Olin Engineering with three other students. The college's 3D printing space. He studied robots, and as a leader in school 3D printing space, he constantly explored the use of 3D printers for new applications. 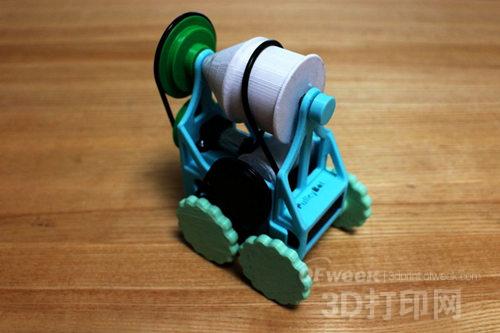 Crease currently claims that he is developing a 3D printing technology that he calls "co-processing", and he reports on the development of this technology on his blog every week.

But these are not the focus of this article. This time, the OFweek3D printing network is going to introduce you to a fun little gadget that Crease used to make a 3D printer - a simple single actuator small robot, the PulleyBot. PulleyBot is primarily driven by mechanical transmissions in belt and pulley systems. The belt is wrapped around the pulley block and driven by friction. 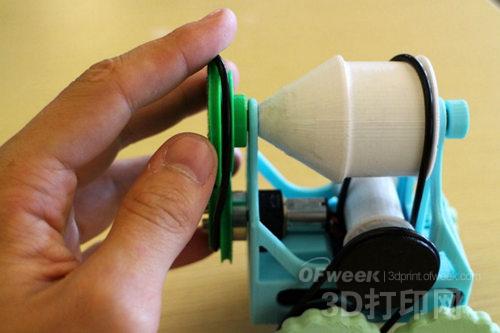 Before making this fun little robot, the tools you need to prepare include a small screwdriver, a wire stripper, a 0.05" hex wrench, a 3/32 hex wrench, solder and soldering iron, super glue, a hacksaw or band. Saw, a 3D printer, and of course some grease. 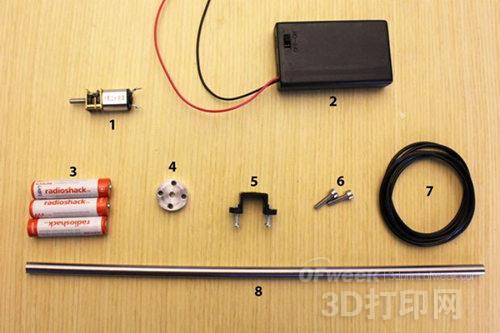 Crease began printing all the necessary parts at standard resolution with a MakerBot Replicator 2 3D printer, which avoided the support structure for a total of 5 hours and 45 minutes.

Crease said that when assembling these parts, it is important to note that it is best to apply some grease or spray on the axle or axle hole of the PulleyBot chassis to reduce internal friction. 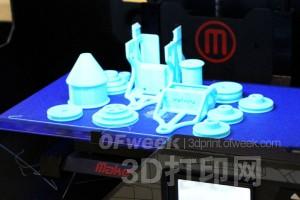 To determine the direction of movement of the PulleyBot, simply open the motor to see how it rotates. A part called Large_Drum connected to the shaft rotates in the same way as the motor.

To change the speed of the PulleyBot, simply pull the O-ring onto the groove of the pulley with a larger radius, and if you want to lower the speed, move it to the adjacent smaller radius pulley.